Playing in the NR Qualifiers?

The first Northern Region Junior Qualifier will be held at the Ingham Squash Centre on the 14th to 15th October 2017.

Email your entries to Rachel McDermott (Tournament Director) at qsnrtournamentdirector@gmail.com

There are two new features at the Northern Region Tournaments:

1) Two tiers – an aged championship, alongside a novice graded competition.
This will encourage and inspire new players to the sport and tournaments.
2) Doubles team nominations & matches for Aged Championship Players only (starting in Ingham with Friday evening
games). 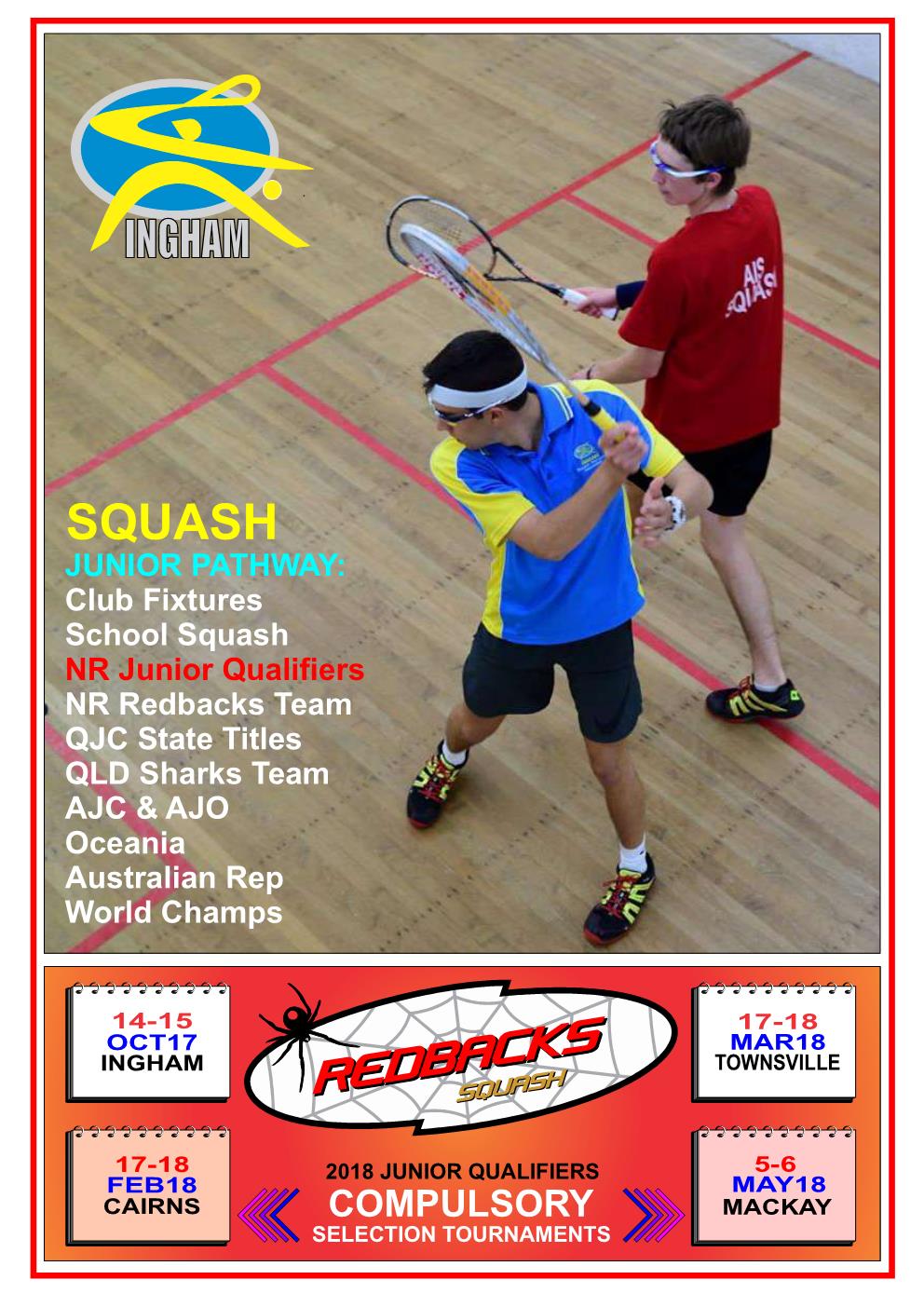