Northern Region’s Day 2 at the QJC

Only 7 Northern Region players progressed today to the semi-finals or closing stages of round robin events at the 2018 Queensland Junior Championships being played at Scottvale Park Squash Centre in Rockhampton. 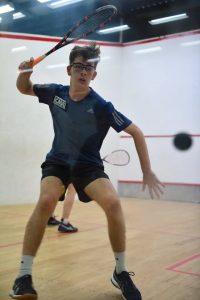 The match of the day belonged to BJ MacDonald from Mackay who beat Brisbane’s Declan Cashman in the U19B quarter final.  MacDonald, the #5 seed got off to a flying start winning the first two games 11-5, 11-6 before the #4 seed fought back to take the contest into a fifth game decider.

MacDonald regrouped and absolutely destroyed Cashman 11-3 to take the match and set up a showdown with the #1 seed Nicholas Calvert (Brisbane) in tomorrow’s semi-final.

What makes his effort that little extra special is the fact that MacDonald is the #1 seed in the U15B where he entered the competition for the first time today and beat Redbacks team mate Josh Porter in three.

Only #2 seed Wes Dyer (Mackay) reached the semi-finals of the U17B after some good results were recorded by NR players yesterday.  Dyer was simply in cruise control beating Brisbane’s Mackenzie Mutton in three.  Jordon DiBella, Jake Webb and Sean Julius Wright all bowed out to higher ranked opponents. 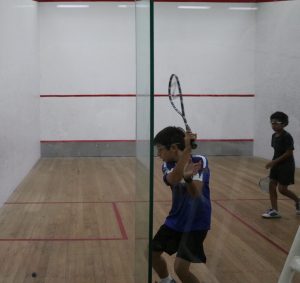 Cairns’s Michael Lawrence played well today beating club mate Francis Morove in the higher age group (U13B).  Once again it is a commendable effort by the youngster to reach the semi-final.  He will now look to impress against #1 seed Zane Wolpers.

There was no competition played today in the U11B however #1 seed Michael Lawrence is ready and raring to go against Jia Jay Sia (#4 seed) from Brisbane in tomorrow’s semi-final.  Likewise, #3 seed Liam Fascetti (Ingham) is keen to do his best against #2 seed Nickolai Wolpers (Brisbane).

There was no play today in the main draw of the U21 Mixed but Townsville’s Brad Martin (#4 seed) is ready to do his best against #1 seed Riley Steffen (Rockhampton) in tomorrow’s semi.

Townsville’s Hayley Menta (seeded #5) kept her winning record in tact with a 3-0 win against #4 seed Tenielle Lambert.  She will be fully tested tomorrow when she takes on both the #1 and #2 seeds in the U11G round robin event.

Mackay’s Payton Douglas (seeded #1) notched up another 3-0 win and is one win away from finishing on top of the U13G round robin points table. 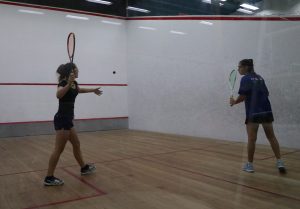 #2 seed Kurstyn Mather (Cairns) was too good for club mate Amy Condon advancing to the semi finals with a 3-0 victory in the U15G event.  She will now take on Madison Lyon (Brisbane’s #3 seed) to earn the right to face #1 seed Ella Burge (Brisbane) in the final. 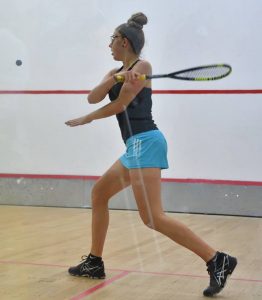 #2 seed Hayley Hankinson (Mackay) entered the U17G competition today and was too good for Redbacks team mate Kiara Stubley (Cairns) winning in straight.  She now takes on one of her arch rivals in the form of #3 seed Ella Burge.

Northern Region players who advanced in the main draw on Day 2 were: