Northern Region’s Day 3 at the QJC

8 Northern Region players will contest 7 finals on the last day of the 2018 Queensland Junior Individual Championships being played at Scottvale Park Squash Centre in Rockhampton.

One can only be impressed with the results achieved by our NR juniors today.  Getting four NR players into two finals guarantees two State titles.  Whilst there will be a winner and sadly, a loser, the players concerned should be extremely proud of their achievements.

Reaching a final is a very special milestone indeed.  Becoming a champion is the next step!  Be confident and remember to keep playing the game that got you there in the first place.  Relax and strive to keep getting one more ball back in each and every rally.  That puts pressure on your opponent. 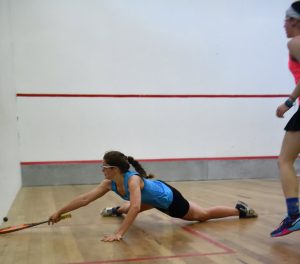 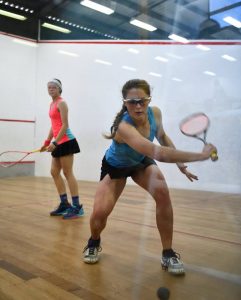 Match of the Day honours belonged to Kurstyn Mather (Cairns) who beat Brisbane’s Katie Davies in the U17G semi-final.  Davies was a red hot #1 seed so this was an incredible upset.

Despite losing the first two games #5 seed Mather never surrendered.  She just kept on fighting and was rewarded for her gallant efforts with a terrific win in five.  The final game was an epic 15-13 win.

In her own age group event (U15G) Mather had a good win against #3 seed Madison Lyon (Brisbane) despite dropping the first game.  She will now play #1 seed Ella Burge (Brisbane) in the final.  Playing in two finals is a wonderful achievement.

#2 seed Hayley Hankinson (Mackay) played out of her skin to record an impressive and gutsy win against arch rival Ella Burge to advance to an all Northern Region U17G final against Kurstyn Mather.

Mackay’s Payton Douglas (seeded #1) finished the U13G round robin event undefeated with another clinical 3-0 result.  She now has to play-off for the title against #2 seed Elaine Cheung who finished second.  Douglas beat Cheung on the first day in three 11-6, 11-7, 12-10.

#2 seed Wes Dyer (Mackay) was on fire against Declan Cashman charging into tomorrow’s U17B final with a strong 3-0 win.  Dyer now plays his arch rival and #1 seed Josh Penfold in what is expected to be a very tight contest. 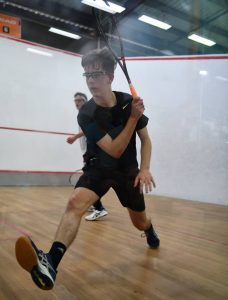 Despite a close first game and dropping the 2nd game, #1 seed BJ MacDonald (Mackay) took control of his semi-final match against Gladstone’s Nicholas Briggs and moved into the U15B final.

He will not play who he expected in the final after visiting player Kijan Sultana from Malta destroyed #2 seed Luke Eyles 11-6, 11-2, 11-3.  Sultana is a rising junior who is being coached by Brad Hindle.  His sister Colette is a PSA player currently ranked #123 in the world.

Another all Northern Region final will be played in U11B.  Cairns’s Michael Lawrence (#1 seed) will take on Redbacks team mate Liam Fascetti (Ingham’s #3 seed) who sent the #2 seed Nickolai Wolpers (Brisbane) packing with an upset win in four.

Good luck to all our finalists.

Northern Region players who advanced in the main draw on Day 3 were: