Northern Region’s Day 4 at the QJC

Many of the finals went to five.  Obviously, that is a great indicator of the closeness of competition but more importantly the depth of talent Queensland has and will send to the Australian Team Championships as the Queensland Sharks aim to win the Overall National Team Title for a record 15th consecutive time.

Congratulations to our Champions: Michael Lawrence, Wes Dyer, Payton Douglas, Hayley Hankinson, Courtney Mather and Summer Palmer.  You have achieved the ultimate prize.  You are all 2018 Queensland Junior Champions!  Congratulations.

Congratulations to our runners up: Kurstyn Mather (twice), Liam Fascetti and BJ MacDonald who all went desperately close to being the champions for 2018.  In fact, every final they contested went to five!

Finally, congratulations to Michael Lawrence, Brad Martin and debutant Hayley Menta who all kept on fighting to win the 3-4 playoff on the last day.  Many players find it hard to get over a semi final loss and bounce back the next day.  Finishing third displays great fortitude in bouncing back and striving to keep improving. 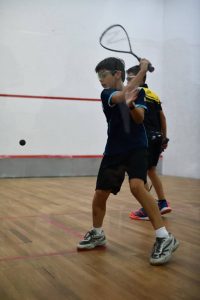 Michael Lawrence fought back from being 0-2 games down against Redbacks team mate Liam Fascetti before staging a sustained fightback.  13-11 in the fifth was a fitting finish to a quality match. 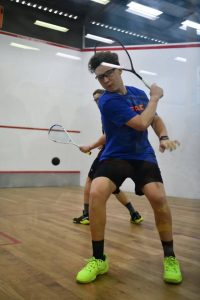 Wes Dyer is back to his very best.  In a high quality final Dyer rushed to two games to nil lead before Penfold staged a mini fightback.  In the end Dyer displayed the class that saw him win the Australian Junior Title in 2016 taking the 5th game 11-5. 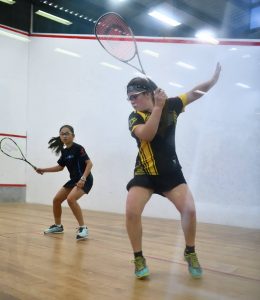 Payton Douglas was just a cut above the rest as she dominated the U13G competition.  She remained undefeated and didn’t drop a game across the 6 matches she played … she won 18 games to nil! 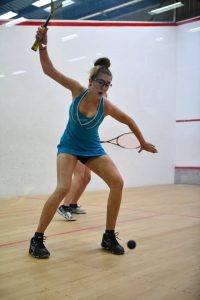 Welcome back Hayley Hankinson!  The “competition” caught up with you but you have now turned things around and emerged victorious.  The U17G event is highly competitive with nothing separating the semi-finalists.  Both semi-final matches went to five and the final was no different.  In fact, even the 3-4 Playoff went to five as well.  Hankinson is a worthy champion. 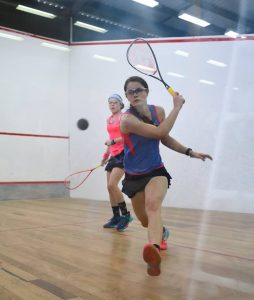 Courtney Mather was sensational winning the coveted U19 title.  It was back to back U19 titles for the Emerald Express!  Courtney travels to India later this month to compete in the World Junior Championships in Chennai, India.  We wish her well. 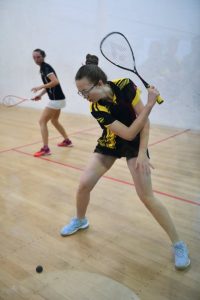 With only two girls competing in U21 it was decided to run an U21 Mixed.  Trophies were then awarded to the leading male and female.  Mackay’s Summer Palmer actually even got to play the other female in the final match … the 7-8 Playoff.  Palmer lost the first and then just snuck home 15-13 in the second before running away with the match.  Palmer also finished an agonising 4th in the U19G losing the 3-4 Playoff 8-11 in the 5th. 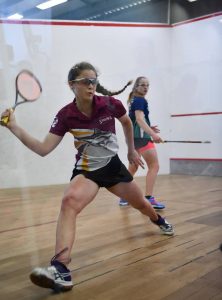 Special recognition must be made of Kurstyn Mather.  It was her best QJC in a long time and she must be commended on an outstanding overall performance.  She is the only NR player to reach two finals.  Despite giving it her absolute best, she lost both in five.  Her semi-final win against #1 seed Katie Davies in the U17G was absolutely full of merit.  Let’s hope Kurstyn only draws confidence from this experience and continues to work toward performing well at the AJC.

The Achievement Awards recognise a player’s consistent achievement and sportsmanship throughout the entire individual championship.

The Eagle Award winners were: